The cover image is a stained glass masterpiece that was created by the Maumejean Brothers in July 1941 at the Saint Jacques Church in Montgeron south of Paris, France as a visible sign of French Resistance during the Nazi occupation. It was not noticed for seventy years until January 2011. The stained glass depicts Adolph Hitler as King Herod. Hitler’s moustache is hidden behind his arm in order not to be noticeable but the black fringed hair clearly depicts Hitler as Herod, violently murdering Saint Jacques who represents the Jewish people. Jacques is French for James which is Jacob in Hebrew. Jacob, considered a patriarch, was the father of the twelve tribes of Israel.

A group of six Schutzstaffel, SS German Nazis met in secret toward the end of World War II. It was the first week of May 1945 and they had gathered in their favorite location, a member’s home, in a downstairs hidden room, with access through a false wall built into the water closet next to the boiler.

The light was dim and yellowed and the chairs smelled musty. Several cases of German cognac that had been stashed there by German troops was available to fortify and bolster their courage and assuage the boredom while they waited for instructions.

Higher level SS operatives had organized these groups of four to six SS per cell. They called the overall group Odessa, the Organization of Former SS Members and it was secretly founded the year before as it became clear that Germany was losing the war.

The immense amount of stolen wealth from the Jews would finance their plan for the continuation of post-war mischief related to the annihilation of remaining Jews. With these monetary resources and technical and military Nazi experts they and the other groups organized and awaited their orders.

What this group finally received by messenger that night came in a worn grey leather pouch, and inside was a folder, the label handwritten with purple ink: The Masada Faktor. This group did not include technical experts, their value however, was in their dedication to the cause. They felt relief but trepidation as they opened the envelope which contained six sets of duplicate secret orders.

Their meetings so far had included speculation as to what their orders would be but they knew whatever it was, it would include the continuation of the destruction of the Jews worldwide. Their mission would be to strictly follow those orders.

They also drank freely. Sometimes Bruno would bring drugs that they would share.

“Tonight I have a special treat,” Bruno rasped.

The five others included Wilhelm, Erich, Gustav, Joachim, and Oskar. “I told you no more drugs,” Gustav growled, and pushed Bruno off his chair.

“Stop this immediately,” Oskar piped in with his bizarre high pitched voice. “From this moment on we will not use any more pharmaceuticals, only alcohol will be allowed.”

Oskar slapped first Bruno and then Gustav across the face as Wilhelm, Joachim, and Erich watched wide-eyed, nodding with a mixture of fear and disgust.

Silence ensued as they sat and read the plans for the operation. The Masada Faktor was a strategy that sought to tie a new fiasco against the Jews to an important historical event in Jewish history that was an obsession of Hitler’s.

Hitler had studied King Herod in depth and in his grandiose fanaticism he identified with Herod. This was obvious in the preface to the instructions. Hitler knew that seventy or so years after Herod’s death, Masada, which was Herod’s most ambitious fortress project in Israel, was where a three year siege by Romans ended in a mass suicide of Jews who would not be taken alive. And so Hitler used the seventy year mark of his death to plan a parallel siege in Israel.

Herod had been the ruthless King of Israel, a sexual pervert and psychopath who was appointed by the Roman Senate. His most ambitious project was building Masada between 37 BCE and 31 BCE with thousands of Jewish slave laborers moving gigantic limestone blocks weighing over ten tons. Hitler modeled policies of slave labor, murdering all opposition, and complete authoritarianism with King Herod in mind.

The Masada Faktor predicated the use of Nazis and their collaborators. They would train their children and their children’s children in the plan. This became a highly argued subject as to how the offspring would be recruited into this conspiracy.

Because the orchestration would take a long time they accepted that they would all be dead long before the event unraveled. Luckily they had unlimited monetary funds from liquidated Jewish property, which they could use to bribe their progeny, in case their dedication to Naziism weakened with time.

They were nervous at this meeting. The news of Hitler’s death had been reported as suicide by gunshot and possible simultaneous ingestion of cyanide on 30 April 1945. His wife Eva Braun killed herself by swallowing cyanide. They all agreed that it was now up to them to continue the effort. Instinctively knew they had no choice.

The news that master propagandist Joseph Goebbels had killed all six of his children with lethal injections and planned out the fatal shooting of himself and his wife had shook this group of six faithful Nazis.

“We must vow that our children will have a different fate, a glorious fate, and should continue their mission to destroy the Jews wherever they live.” Oskar was the appointed leader of this group. “I want you all to stand and Sieg Heil to swear your allegiance!” They quickly jumped to their feet and in unison avowed commitment.

Despite the audacity and delusional proportions of this diabolical plan, they were convinced of it. No doubt fed by cognac and hatred, they were to enlist the other mortal enemy of the Jews, the Arabs.

Hitler had financially supported The Muslim Brotherhood and had enlisted Arabs in large numbers for the infamous all-Muslim Hanzer battalion divisions for the German military in the war. They had proven their skills in massacres and atrocities. These Germans knew that any future goal of The Muslim Brotherhood would include making the Middle East Judenrein, free of Jews.

They were given all the names and connections they needed, including propaganda wizards and were told that Hitler’s autobiographical manifesto Mein Kampf had been translated into Arabic to fuel the allegiance of the Arabs.

The Grand Mufti of Jerusalem had given his anti-Semitic propaganda skills in support to Hitler and was being housed and protected by the Fuerher himself, in a luxurious Jewish home that had been confiscated in Berlin.

The idea that the Jews could have sovereignty over their ancient homeland made it unquestionable that Zionism would continue to draw Jews to colonize Palestine. The Jews would multiply in that land and would be an easy target, vulnerable to their nefarious plot.

They had a small but faithful following within the German Tempelgesellschaft, Templar society in Palestine and could count on them for support. The Templars had established seven settlements in the Holy Land, with the biggest group in Haifa.

The men were pleased with the Fuerher’s choice. They vowed to abide by Hitler’s last written statement, known as My Political Testament and continue his work.

They were ready to flee utilizing the ratlines that were already set up as escape routes to South America, the Middle East, United States of America, Canada, and other countries in Europe.

In order to do this, they were to be assisted in their escape from Allied Forces by Catholic priests who had pledged to provide false papers and passports in an underground network through Switzerland and then Italy.

And they knew they could escape to Arab lands, convert to Islam, marry and have children while enlisting and fraternizing with those who felt the same hatred for the Jews. They had the option to join the Arab militaries, do their part with propaganda, and change to Arab names which would complete their assimilation.

Not many Nazis were left to stand trial at Nuremberg. They were going to be welcomed to Egypt, Syria, Turkey, and Jordan, all known to be havens for European Nazis, where anti-Jewish propaganda was in force thanks to the Mufti of Jerusalem, Haj Al-Husseini.

My Political Testament by Adolph Hitler

More than thirty years have passed since I contributed my modest strength in 1914 as a volunteer in the First World War, which was forced upon the Reich.

In these three decades only love and loyalty to my people have guided me in my thinking, my actions and my life. They gave me the strength to make the difficult decisions, such as have never before confronted mortal man. I have used up my time, my working strength and my health in these three decades.

But nor have I left any doubt that if the nations of Europe are once more to be treated only as collections of stocks and shares of these international conspirators in money and finance, then those who carry the real guilt for the murderous struggle, this people will also be held responsible: the Jews!

I have further left no one in doubt that this time it will not be only millions of children of Europeans of the Aryan peoples who will starve to death, not only millions of grown men who will suffer death, and not only hundreds of thousands of women and children who will be burned and bombed to death in the cities, without those who are really responsible also having to atone for their crime, even if by more humane means…

But before everything else I call upon the leadership of the nation and those who follow it to observe the racial laws most carefully, to fight mercilessly against the poisoners of all the peoples of the world, international Jewry.

I thought back to Mother’s last day. She was whispering into my ear as I laid next to her knowing this was the end of her life. Urging her to conserve her strength was unproductive. 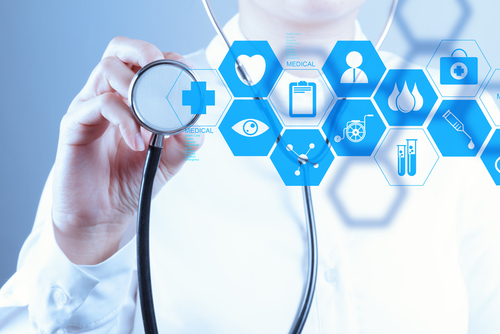 Building A Healthcare Brand By Building A Database 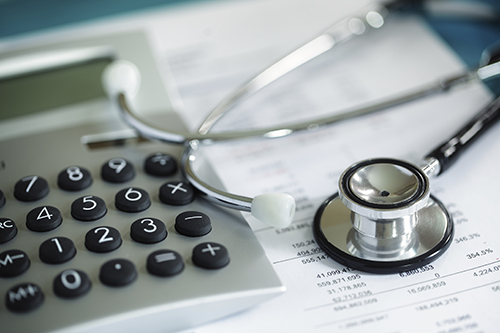 Walgreens, CVS, and Rite Aid – What RE Investors Should Know