Consider the social care sector, and the term ‘recession-proof’ probably doesn’t leap to mind. But since the beginning of the economic downturn, lists of recession-proof careers have begun to crop up all over the place, and social work has been on nearly every one. Death and taxes might help to protect the roles of undertakers and accountants, but how are social care managers defeating the depression? This article looks at what is going on in the social sector.

In the last few years, Local Authorities across the UK have been reporting rising numbers of referrals from vulnerable demographics. This has led to an increased demand on the social work sector which has, in turn, put more pressure than ever on governmental investment into industry development.

As the coalition government finds it feet, this pressure is beginning to produce results. A £79.9 million investment into the skills body of the Children’s Workforce Development Council has already been announced in 2011, with a further £44 million for children’s social work teams due to follow.

The outlook of social care and the careers therein are tied to this development. Improvements in the sector are already taking place and the investment in its employees is sure to follow. So even through a recession there are still career paths available which are unaffected by the country’s economy.

The role of the social work manager

When it comes to industry development, service improvements need managing and social workers require training. For that, we’ll need social worker managers. But careers in social care don’t have the greatest reputation. To combat this, ideas are now beginning to be thrown around to improve the role of the social work manager in the hopes of attracting more applicants.

Some of Britain’s leading commentators have begun serious speculation around these potential plans. The ideas have been varied; from internal development opportunities through to flexibility in moving sectors. Whatever the outcome, the intention is the same; careers in social care management are set to improve, and it may only be a matter of time until they do.

It’s this potential for the future, along with increased demand from society and further investment from the government, which is putting the career of social work manager on everyone’s ‘most recession-proof’ lists. Combined with the improvements which are to made to the overall social care manager job role, this sector should attract greater interest for those looking for job security.

How Much is Your Business Worth?

What Happens to Bulls After Their Days in the Rodeo? 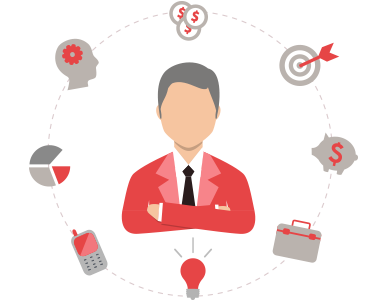 The Rules of Building a Personal Brand That Stands Out