What You Do Is Who You Are

IT HAS BEEN SAID that culture is the most important thing because it determines how your company makes decisions when you’re not there.

This led Ben Horowitz to ask, how do you create and sustain the culture you want? He turned to three historical figures and one contemporary that were “outstandingly effective in getting the culture they wanted.” He wasn’t so interested specifically in the culture they produced but what they had to do to change themselves and their culture.

In What You Do Is Who You Are, Horowitz looks at the lives of four cultures created by their leaders:

Toussaint Louverture, the Haitian slave that led the only slave revolt in human history.

Shaka Senghor, and American ex-con who created the most formidable prison gang in the yard and, ultimately, transformed prison culture.

Companies—just like gangs, armies, and nations—are large organizations that rise and fall because of the daily microbehaviors of the human beings that compose them.

1. Make sure your culture aligns with both your personality and your strategy.

2. Don’t let the first impression be wrong or accidental. People learn more about what it takes to succeed in your organization on their first day than on any other.

3. Have shocking rules. Any rule so surprising it makes people ask, “Why do we have this rule?” will reinforce key cultural elements.

4. Incorporate outside leadership. Bring in an old pro from the culture you aspire to have.

5. If you really want to cement a lesson, use an object lesson. What you say means far less than what you do.

6. Make ethical principles explicit. One of the most common and devastating mistakes leaders make is to assume people will “Do the right thing” even when it conflicts with other objectives. “Spelling out what your organization must never do is the best way to inoculate yourself against bugs that cause ethical breaches.”

7. Give cultural tenets deep meaning. Make them stand out from the norm, from the expected. “The reason so many efforts to establish “corporate values” are basically worthless is that they emphasize beliefs instead of actions.”

How do you know when something is wrong with your culture? Horowitz point to three indicators: The wrong people are quitting too often, you’re failing at your top priorities, and an employee does something that truly shocks you.

The best way to understand your culture is not through what managers tell you, but through how new employees behave. What behaviors do they perceive will help them fit in, survive, and succeed?

Think carefully about what your flaws are, because you don’t want to program them into your culture.

A culture is not the sum of its outrage; it’s a set of actions.

It’s critical that leaders emphasize the “why” behind their values every chance they get, because the “why” is what gets remembered. The “what” is just another item in a giant stack of things you are supposed to do.

By the way, Peter Drucker’s statement that “culture eats strategy for breakfast” actually speaks the exact point Horowitz is making: “What you do is who you are.” If your culture isn’t aligned with your strategy, then culture rules the day. In the long run, a strategy not supported by culture falls flat. Execution works in concert with culture. 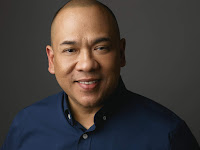